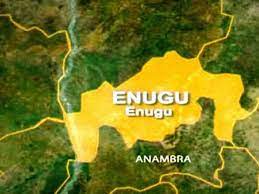 The administration of Governor Ifeanyi Ugwuanyi in Enugu State has taken a bold step towards promoting uniformity in the application of road tax laws in the state and across states in order to avoid double or multiple taxation(s).

Speaking during the launch of the scheme, the Executive Chairman of Enugu State Internal Revenue Service (ESIRS), Prince Emeka Odo disclosed that the exercise was in line with the initiative of the Joint Tax Board (JTB) which “the Enugu State Government under the distinguished leadership of Governor Ifeanyi Ugwuanyi has keyed into in the interest of the tax payers of Enugu State.”

Odo explained that “the JTB, last year, introduced the Single Haulage Fee (SHF) at points of loading and off-loading in states of departure or discharge and the Single Inter-State Road Taxes Sticker (SIRTS) for any vehicle within Nigeria.”

The ESIRS Chairman announced that Governor Ugwuanyi’s administration has approved and adopted the mandate with effect from January 1, 2023, revealing that Enugu State “will now make use of a Single Inter State Sticker for all commercial vehicles that ply on its road anywhere in the state.”

Explaining the modalities, Odo said: “The Single Haulage Fee will be paid at the point of loading or off-loading of any type of goods anywhere in Enugu State. These SIRTS and SHF are to be handled and enforced by Enugu State Internal Revenue Service.

“All motorists are expected to pay for SIRTS either at the point of registration/renewal of papers or with the Enugu State approved consultant while SHF will be paid per trip.

“These payments will be made at the point of loading through a profiled vendor who will capture the details of the haulage operator into the system. The system will use the information to determine the amount to be paid. Any sticker bought elsewhere apart from ESIRS is illegal.”

The Chairman stated that ESIRS has put measures in place to ensure that illegal persons do not duplicate the physical stickers hence the adoption of the electronic sticker that will have a Quick Response Code that will enable seamless verification.

Expressing the commitment of the agency to the success of the scheme in Enugu State, Odo issued “warning to unscrupulous persons parading themselves as staff of ESIRS” to desist from such an illegal act as “we will stop at nothing to arrest and prosecute them accordingly.”

“We have an e-enforcement team with a device that can capture the number of the vehicle from a 100-meter radius. This system automatically checks for the level of compliance without stopping the vehicle.

“Only non-complaint vehicles will be impounded and grounded at the next entry/exit point. Note that upon registration e-stickers will be available to the taxpayer within 48 hours.

“With the kind permission of His Excellency, the Governor of Enugu State, Rt. Hon. Ifeanyi Ugwuanyi, I hereby declare the sale of these stickers open,” the ESIRS Chairman said.