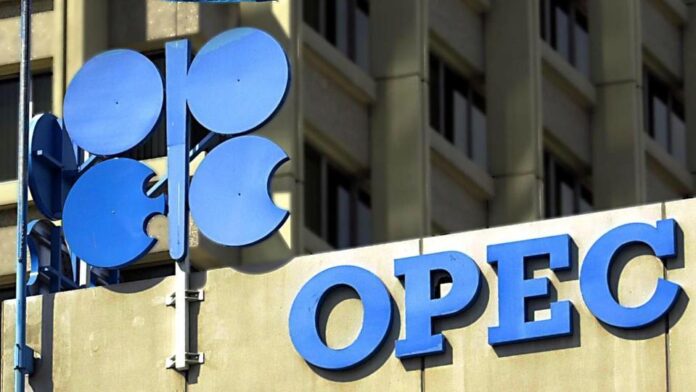 The globe continues on the campaign for energy transition, the Organisation of the Petroleum Exporting Countries (OPEC) has tasked the Federal Government to develop new technologies, strengthen human capacity and innovation to meet the world’s growing need for energy.

OPEC said regular investment was needed in view of global oil sector requirement of cumulative investments of 11.8 trillion U.S. dollars in the upstream, midstream and downstream through to 2045 to meet energy expectations.

Dr Mohammad Barkindo, OPEC Secretary-General, made this known in his keynote address at the official opening of the ongoing 21st NOG Conference and Exhibition on Tuesday in Abuja.

The conference has its theme as: “Funding the Nigerian Energy Mix for Sustainable Economic Growth.”

“I am confident that the implementation of the Petroleum Industry Act will help unlock the full potential of our petroleum industry, strengthen its ability to attract long-term investment, as well as support a dynamic and diverse economy.

“If our National Oil Companies (NOCs) are to continue to innovate and flourish, it is of utmost importance that they have predictable and unfettered access to investment capital.

“Regular Investment at adequate levels is the lifeblood of our industry. It is essential if we are to develop new technologies, strengthen our human capacity and remain leaders in innovation,” he said.

The OPEC secretary-general said the industry was facing huge challenges along multiple fronts and these are currently threatening  investment potential and in the longer term.

“To put it bluntly, the oil and gas industry is under siege!

“For starters, the evolving geopolitical developments in Eastern Europe, the ongoing war in Ukraine, the ongoing COVID-19 pandemic and inflationary pressures globally have come together, causing significant volatility and uncertainty in the commodity and energy markets.

“Against this backdrop, a number of industrialised countries and multilateral institutions continue to pursue stringent policies aimed at accelerating the energy transition and fundamentally altering the energy mix,” Barkindo said.

He said in a very short timespan, the industry had been hit by two major cycles – the severe market downturn in 2015 and 2016, and the even more far-reaching impact of the COVID-19 pandemic.

He described 2020, the first year of the pandemic as one of the darkest periods in the history of oil, upstream oil capital expenditure which fell by around 30 per cent.

This, he said exceeded the colossal 26 per cent annual declines experienced during the severe industry downturn in 2015 and 2016.

He said the OPEC also projected that total primary energy demand would expand by a robust 28 per cent in the period to 2045.

According to him, oil is expected to retain the largest share of the energy mix, accounting for just over a 28 per cent share in 2045, followed by gas at around 24 per cent.

In other words, he said oil and gas together would continue to supply more than half of the world’s energy needs for many decades.

“These hydrocarbons are especially vital to the energy mix in regions like Africa, which will see massive population shifts and economic growth in the coming years.

“These developments increase the urgency of eradicating energy poverty.

The impacts of the two major market cycles are manifesting themselves in real time,” he said.

However, Mr Niyi Adebayo, Minister of Industry,Trade and Investment, says the recent increase in the price of petrol, diesel and aviation fuel have adversely affected businesses in Nigeria.

Adebayo made this known while speaking at the Nigerian Content seminar during the 2022 Nigerian Oil and Gas (NOG) conference on Tuesday in Abuja.

The News Agency of Nigeria (NAN) reports that the session had the theme: “Expanding the Nigerian Content Frontier through Intra-African Trade.”

He said the impact of the COVID-19 pandemic and the global energy transition to cleaner sources of energy had made it imperative for stakeholders to develop new strategies that would aid the sustainable growth of the oil and gas industry.

Adebayo said: “As you know, the recent increase in the price of petrol, diesel and even aviation fuel has adversely affected businesses in Nigeria.

“Micro, Small and Medium Enterprises (MSMEs) continue to depend on gasoline as usual for their businesses to survive even as larger companies try to diversify into gas and greener energy.

“Given that we have an estimated 40 million MSMEs in the country, you can see clearly that there is indeed a need for the conversation to continue.”

According to him, the enactment of the Petroleum Industry Act (PIA) has provided the needed clarity that will spur investment, particularly in development of Nigeria’s abundant gas resources.

“The Federal Government of Nigeria has declared this decade as the decade for gas exploration and production as it intends to harness the country’s gas potential.

“We believe that this is an important step toward making gas an alternative source of energy in the country and the Act will serve as a catalyst for the development of the sector.

“As you are also aware, the Federal Government is intently encouraging investments into the gas sector.

“This is demonstrated by the number of incentives provided to the industry. In fact, the gas sub sector is one of the most incentivised in Nigeria.

Adebayo said the government was also ready to collaborate with investors to accelerate the diversification of Nigeria’s economy.

He said: “We are open to collaborating with investors to improve domestic production of some of our priority products, particularly oil palm and cassava starch.

“There is a market opportunity of about a billion dollars in oil palm production and its derivatives.

“We are also the largest producer of cassava in the world. Yes, currently, we import over 95 per cent of the starch we use. We estimate the market opportunity of about $290 million for industrial starch production.”

Adebayo said the government was also dedicated to improving the country’s manufacturing and production capacity with the creation of operational special economic zones and industrial parks.

He said out of the existing 17 economic zones, 14 were involved in food processing, large scale manufacturing, warehousing, logistics services, tourism and technology development while three were dedicated to oil and gas related activities.

The minister, therefore urged investors to take advantage of the incentives provided by the government to attract more investment to Nigeria.

He said: “Nigeria has one of the most promising pools of growth in Africa and is an exceptional diversifier for any investment portfolio due to its rapid growth rate and high levels of political stability.

“In fact, PwC had projected that Nigeria will be among the top economies in the world by 2050 with projected Gross Domestic Product of four trillion dollars, surpassing South Korea, Canada and Saudi Arabia.