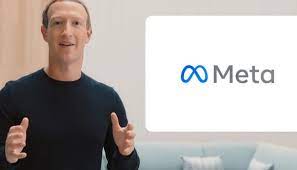 Meta  released its `2022 Africa Year in Review,  capturing some of the company’s investments and initiatives in Sub-Saharan Africa across innovation, its support of SMBs and Creators as well as its work connecting communities. Showcased through an infographic and short video, this highlights Meta’s ongoing milestones and successes across the region, whilst reinforcing its continued investment and commitment to Africa.

Commenting, Enitan Denloye, Country Director SSA, Meta said: “We remain invested in Africa and the various communities we support here in the region. Our work continues to be rooted in giving people the power to build community, whilst bringing the world closer together – whether as SMBs, creators or tech innovators. We believe Africa, and the immense talent this region holds will continue to play a key role in Meta’s journey.”

Some of the key 2022 Meta Africa Year in Review highlights include:

●        Facebook Protect – Rolled out Facebook Protect in Mauritius and South Africa, a programme designed to provide increased protections around the world for journalists, activists and human rights defenders

●        ‘Future Africa: Telling Stories, Building Worlds’ – In partnership with Africa No Filter, announced the six finalists of the programme aimed at boosting the use of Virtual Reality in Africa’s storytelling

●         #NoFalseNewsZone – Launched a campaign and comic books across Ghana and Francophone Africa, aimed at helping people to think critically about the messages they see and read online

●        Made in Africa, Loved by the World – Unveiled our 2022 international campaign aimed at celebrating Africa’s ongoing growing cultural impact on the world, whilst spotlighting eight amazing creators and innovators from across the continent, including rolling out Africa’s first Instagram #AfricaMade Reels challenge

●        No Language Left Behind – Unveiled our single AI model that translates over 200 languages, including 56 African languages

●        Creators of Tomorrow – Spotlighted and celebrated emerging talent from around the world who are inspiring a new movement of creative content online, including here in Africa

●        AMBER Alerts in Nigeria – In partnership with the National Agency for the Prohibition of Trafficking in Persons (NAPTIP), launched AMBER Alerts, a programme aimed at helping to find abducted children by sending AMBER Alerts to the local Facebook and Instagram community

●        NFT Digital Collectibles expansion across Sub-Saharan Africa on Instagram – Enabled creators to share their digital collectibles on Instagram, including how to leverage their fanbase to monetise their craft

●        Flex Naija – Launched ‘Flex Naija’ – Meta’s first campaign in Africa, inspiring Nigeria’s creators to be amongst the first to flex in the metaverse

●        Digital Literacy Trainings: Trained over 80,000 participants (youth, educators and the general public) through ‘My Digital World’, Meta’s Flagship Digital Literacy Program for responsible and safe use of digital platforms in over 9 countries.

Meta builds technologies that help people connect, find communities, and grow businesses. When Facebook launched in 2004, it changed the way people connect. Apps like Messenger, Instagram, and WhatsApp further empowered billions around the world. Now, Meta is moving beyond 2D screens toward immersive experiences like augmented and virtual reality to help build the next evolution in social technology.