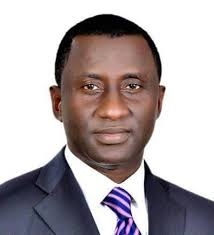 The Minister of State, Mines and Steel Development, Dr. Uchechukwu Sampson Ogah has revealed that the Ministry is  looking at creating a project, “Mines to Power” which would be aimed at providing sustainable power to drive mining activities at the sites.

Dr. Ogah who made this revelation when he received in audience a delegation of the National Action Committee on African Continental Free Trade Area, (AFCFTA) , led by its Secretary, Francis Anatogu at the Ministry’s Headquarters in Abuja recently, added that access to energy, especially electricity, is a driving force for economic development.

The Munister, who was appointed the mining champion  by the Chairman, National Action Committee on AFCFTA and Minister of Industry Trade and Investment, Niyi Adebayo disclosed that Nigeria has over 44 minerals in commercial value which can lead to the industrialization of Africa, saying that “globally, Nigeria is blessed in terms of minerals.”

He noted that the Ministry is working at ensuring that no mineral is taken out of the country without proper beneficiation in order to improve and increase the economic value of these minerals to meet international standards for the benefit of the miners.

The Minister further stated that  the Ministry is determined to use the sector as a tool for job and wealth creation, in line with the present Administration’s agenda,  and provide opportunities for Africans to be empowered.

He further tasked African countries to synergize, especially in the Mining Sector to boost economic growth and industrialization of the Continent, and

acknowledged President Muhammadu Buhari for being a great visionary, saying, “it is time for Africa to look inward to harness the potentials to suit African purpose”.

While commending the Committee for the efforts they have put in so far, the Minister enjoined them to ensure that he is briefed regularly on their activities.

Earlier, the Secretary, National Action Committee on African Continental Free Trade Area, (AFCFTA), Francis Anatogu, stated that African nations should leverage on the benefits of AFCFTA to increase the economic growth in Africa.

He stated that the AFCFTA is  willing to align with the vision of the Ministry’s Mining Road Map and noted that mining employs people with zero education to those with PHDs, adding that the sector has the capacity to solve the unemployment problem in many African countries.

Also speaking, the Acting Director, Investment Promotion and Mineral Trade (IPMT), of the Ministry, Yunusa Mohammed who reiterated that mining can develop employment nationwide, disclosed that the Committee is working on carrying out sensitisation exercise for stakeholders to understand the workings and actualize the dream of AFCFTA.

He advocated that the Miners Association of Nigeria should drive the project as they will benefit immensely as end users.

Furthermore, the President of Miners Association of Nigeria, Alhaji Sani Shehu, who was represented by the Technical Adviser of the Association, and Co- Chairman, AFCFTA, Mining, Engr Auwal Ibrahim Bununu, stated that Nigerians as competitive people, have a role to play and benefit in the African mining market that AFCFTA presents. He added that the AFCFTA would address the challenge of leakages in the Minerals Sector.

NNPC Says No Increase in Fuel Price in March