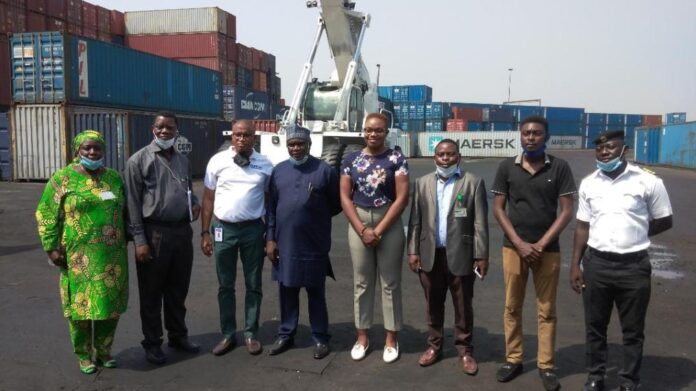 Nigerian Ports Authority (NPA) has promised to provide solutions to all operational constraints that are hindering cargo handling at all port terminals and bonded terminals that are located at Tin Can Island Port Complex, Lagos.

He noted that the essence of his visit to Duncan Bonded Terminal and other facilities that he had visited before coming to Duncan was to know the environment, port stakeholders, their operational challenges, and what could be done to ameliorate the problems.

The port manager noted that the traffic gridlock in and around the port would be a thing of the past once the ongoing reconstruction of the Mile-Tin Can Island axis of the Oshodi-Apapa Expressway which connects with the port access roads is over. He called on stakeholders to exercise patience.

He said that Duncan is working closely with Mid-Maritime who is already developing a jetty on the waterfront and urged the port manager to mandate terminals that have waterfronts to allow those that do not have to use theirs.

He thanked the port manager for visitation and promised the full corporation of the Duncan management with NPA in making cargo handling operations smooth and efficient in the port.

The terminal manager who assured importers and customs agents adequate safety of their cargo and efficient delivery said that the terminal has efficient cargo handling equipment.