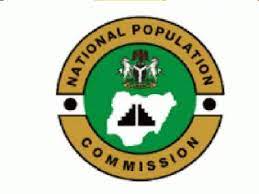 The training which drew participants from Ebonyi and Enugu States, was organized by the Commission to train facilitators who will eventually train the Enumerators, Supervisors and Cordinators ahead of the 2023 population and housing census.

The event commenced in Abakaliki on Tuesday 13th December and ended on Thursday 22nd December 2022.

Declaring the training closed, the NPC Honourable Federal Commissioner in charge of Ebonyi State Chief Darlington Okereke, said that the trainees would step down the training to the next two levels.

The NPC Federal Commissioner reiterated  the Commission commitment to conduct a Digital Census for the country.

“The Facilitators are very important to the Commission, you are the fulcrum to the Cordinators, Supervisors and Enumerators”

“You are representing both Enugu and Ebonyi States, the knowledge you gather here, you will impact it on the people”

Hon Okereke emphasized that the facilitators are the trainers of our enumerators, coordinator and supervisors.

In a remark, the National Population Commission (NPC) Federal  Commissioner in-charge of Enugu State, Mr Ejike Eze, urged the participants to lay emphasis in the training.

“NPC lays emphasis on training, we consider this event as an important assignment”

“Without training NPC will not get it right, for the past 16 years Nigeria has not conducted a credible, verifiable census”

In attendance at the event included the Ebonyi  State Director of NPC Barrister Julia Manyike, the Head of Department Public Affirs Mrs Nwakaego Nwachukwu, Trainers, Facilitators and Officials of NPC Administrative Department from Abuja among others.