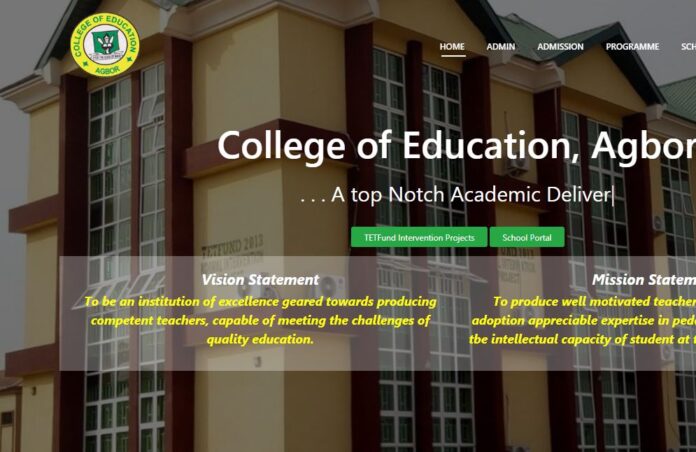 The recent commissioning of a multi billion naira Teachers’ Professional Development Center  by the Delta state Government at Owa Alero/Owa Oyibu in Ika Northeast Local Government Area of the state,a centre where according to the state government, teachers in the state will  be trained on efficiency in  presentation/ course evaluation and record-keeping strategies, is a welcome development.

There are reasons that support this affirmation.

Seperate from the fact that education is the bedrock of development couple with the fact that presently, the most valuable skill any nation can sell to the globe is knowledge, the single most important factor in determining how fast the state and of course our children can achieve hyper modern status today’s world  is no longer a function of where they are from or who their parents are or how much they have. But, to use the words of Barack Obama, Former President of the United States of America, it is who their teacher is. It is the person who will brave some of the most difficult schools, the most challenging children, and accept the most meager compensation simply to give someone a chance to succeed.

However, there are reasons to argue that for the state to leave behind third world challenges of illiteracy and poverty, and become a successful centre for the dissemination and distribution of best human capital resources across the nation, its handlers must urgently depart leisurely approaches to policies/reforms that cures the effect of an ailment while leaving the root cause to thrive, of which the Teachers’ Professional Development Center, could without bias, be likened to.

Without prejudice, Teachers’ Professional Development Center is laudable but not well thought out. If training and retraining of the manpower’s need in the state’s education sector in ways that will boost quality education of our children is the state government’s goal, we need to be holistic in approach.   As it calls for re-examination of, and taking a critical look at the process that throws up our teachers. The only possible solution to  the current need is the transformation of one of the long existing Colleges of Education in the state-the College of Education, Agbor,( the same vicinity with the Teachers’ Professional Development Center), to a specialized University of Education to perform this role at the most fundamental level.

This suggestion and demand is by no means without a precedent.

On 29th January 2005, the Ogun state government, South West Nigeria,, under the administration of His Excellency, Otunba Gbenga Daniel, going by records upgraded the formally state owned College of Education established in 1978 to Tai Solarin University of education. Apart from being the first of its kind in Nigeria, the university also shares a unique feature as the only institution in the country that offers both the Bachelor’s degree programmes in education (B.Ed.) and trains National Certificate of Education (NCE) graduates within the same academic environment.

Without doubt, this is precisely the role Agbor College of Education, will perform if upgraded. It will, regardless of what others may say, give big helping hands and act as a compelling referral to existing education faculties of Universities in the region.

Similar to the factors advanced for establishing the first university of education mentioned above, the present demand is primarily predicated in meeting the challenges of contemporary university crisis particularly as industry watchers has observed that there is a poor performance of first and second year students in the universities with high proportion of them having several courses to repeat at the end of the first year in the university. This, they added, is traceable to poor understanding of those subjects by these fresh students from the high schools and poor delivery of the subjects by the teachers, who themselves do not possess the required skill. This in turn was due in part to quality of teachers produced from several faculties of education from Nigerian universities.

If permitted, the Agbor University of education will in ways help provide opportunity for deltans seeking degree certificate in education achieve such goals,   ensure graduate teachers have in-depth knowledge of the subject they are suppose to teach like any other university graduate from other faculties, and at the same time have teaching skills to disseminate the knowledge of subject known.

Also fueling this demand is the fact that Nigerian university curriculum as argued elsewhere is deficient in producing graduates that could work on their own or provide jobs for others after leaving the university. The major areas of deficiency in the university curriculum are vocational skills and entrepreneurship knowledge. If upgraded,it is expected to incorporate these in order to turnout graduates that are not only knowledgeable in the subject matter of their discipline but well rounded with a vocational skill and have entrepreneurship knowledge to make- maximum use of the resources around him or her to be self- dependent on leaving the university.

At this point, it is important to attain the concerns of some commentators.

As observed, many have opined that such effort remains unnecessary as the National University Commission (NUC), has accredited all the courses in the degree programme of the College of Education, Agbor. Others were of the view that the college is already affiliated to Delta State University, Abraka coupled with the fact that the distance between Abraka is too close to necessitating another university.

These arguments in the opinion of this piece cannot hold water when faced with embarrassing facts.

Beginning with the argument about the proximity between the two institutions’ distance, the Tai Solarin College of Education (TASCE), again, provides a comparative example. For those that know, the distance between Ago Iwoye, a community that houses the Olabisi Onabanjo University (the state owned university) and Ijagun, Ijebu ode, the TASCE permanent site, is even closer when compared with the distance between Abraka, the Delta state University Main Campus and Agbor, a town in Ika South Local Government Area,

Away from proximity to the claim on affiliations and NUC’s accreditation of courses run by the Agbor College of Education, statistics factually shows that the Tai Solarin College of Education (TASCE).  at the time of transformation to a university of Education, had students and staff statistics of about 12,544 both N.C. E. and Degree (full time and part-time) with a staff strength of about 669 of which 43% were teaching staff in all the 8 Schools in the College. The College was affiliated to University of Ibadan for the B.Ed programme and also worked out an affiliation arrangement with Adekunle Ajasin University, Akungba – Akoko, for a programme leading to the award of B.Sc./B.Tech. Plus Postgraduate Diploma in Education. The qualification status of the lecturers revealed that there were 14 or 3.9% with Ph.D.

Yet, despite these ‘virtues and attributes, the state leadership saw the wisdom in making it an independent university of education.

Lets not forget, the nation Nigeria has in the past had specialised universities such as University of Agriculture and Technology. The reasons for establishing such specialized institutions were to promote science, technology and agriculture in the country, likewise, the Agbor University of Education when approved will fortify teachers’ training.

More importantly, it will address permanently the tertiary institution imbalance spread in the state. Take as illustration, in the delta central senatorial district alone, the following institutions of higher could be found. They include in no particular order; The main campus of the Delta state owned university in Abraka with another campus in Oghara, Federal University of Petroleum Resources (Warri), Maritime University, Okerenkoko, Gbaramatu Kingdom, College of Education, Warri. Such cannot be said of other senatorial zones.

Utomi is the Programme Cordinator (Media and Public Policy), Social and Economic Justice Advocacy (SEJA), Lagos. He could be reached via;  jeromeutomi@yahoo.com/08032725374.