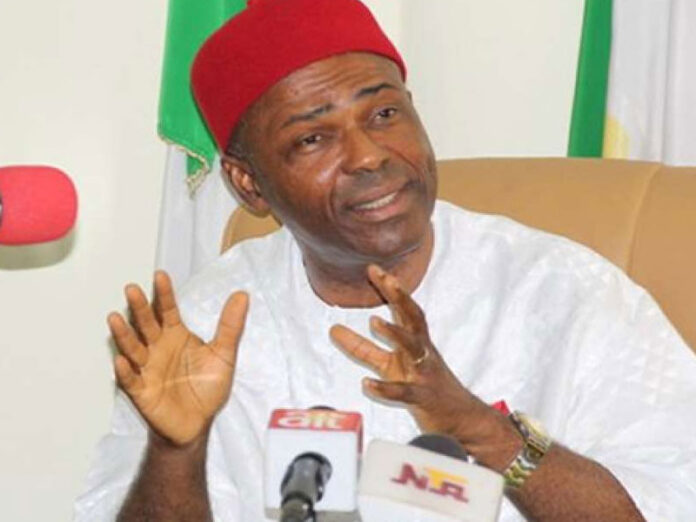 As a response to a recent intervention entitled’ Historical Perspectives on Nigeria’s Tertiary Education which among other things chronicled how Nigeria’s tertiary education originally got into trouble and with solutions on ways out of the debacle, I got several reactions/emails from esteemed readers.

Indeed, all contributions were well appreciated, but two qualified as outstanding.

The first queried; why can’t we as a people forget the past and face the present/future? Why are you always in the habit of making reference to history? In my response, I stated by quoting EH Carr’s observation that history is an unending dialogue between the present and the past that assists the anxious inquirer in improving the present and the future based on a clearer understanding of the mistakes and achievements of the past. And submitted that it is only a society which has lost belief in its capacity to progress in the future will quickly cease to concern itself with the progress (or retrogress) in the past.

While the above query added a sidelight to the conversation, the second, though, a mixture of private and public concern, was not only thought provoking but strategic as it opened a vista that stemmed new intervention. It was an email from Professor Felix N.C Oragwu, Former Head of R&D Planning Division / Coordinator of Technological Services of the Technological Aspects of the Industrial War Machine that operated in the defunct State of Biafra, 1967-1970,Director in Charge of Industrial Research and Technology Innovation in NSTDA, Federal Government Cabinet Office, Lagos, 1977-1979.

It reads; Hello,/Dear Jerome-Mario, Thank you and Congratulations on this your master piece on Historical Perspectives on Nigeria’s Tertiary Education now characterized by Certificate Acquisition without the relevant knowledge needed for its use / application in National Development. This is well illustrated by the over 120 existing Universities each with Faculties of Science, Engineering and Technology , and we cannot make Pin or produce/ manufacture any Technology / globally competitive industrial goods in our Economy, both for domestic use and for export to the Global Market for foreign Revenue. This is the consequence of our poverty, insecurity and criminality now ravaging Nigeria and nobody is asking Questions.. I hope Nigeria’s Leadership Elite, in particular those in Politics and in Government, will find time to read your wonderful Writings and internalize their Message. Congratulations again and my best wishes. Felix Oragwu, FSAN.

He did one more thing.

In his real zest to establish how Nigeria’s Economy can move away from near total dependence on imported technologies and imported industrial goods, to become technology exporting nation, as the  Status of the Economy of any Nation is a function of the agricultural /mineral commodity endowment and the endogenous domestic capacity to produce modern technologies and industrial goods in the economy, he forwarded some  materials to me out of which, his address Titled: The Challenges of Science and Technology in Nigeria’s Economy: The Way Forward, delivered in March 2018 at Eagle Square, Abuja, the nation’s capital, during an event organized by the National Agency for Science and Engineering Infrastructure (NASENI), has emerged the focal point of this intervention.

At this point, critics may ask; what is spectacular about a keynote address? Haven’t we seen in the past more superlatively written, and creatively delivered addresses?

Indeed, these questions are all deserving but there are however many reasons that characterize the address as a vital road map. Aside from the public good consideration, others  includes the fact that it laid out how Technological activities could be used as a key instrument for realizing Nigeria’s proposed Economic Recovery and Growth Plan, points out how the nation has paid little attention to history, and lip service to science and technology, Failed to learn from the highly successful Technological Innovations Experience that took place in the defunct State of Biafra,1967-1970: It more than anything else visibly spread out Challenge posed by the inherited Lord Fredrick Lugard’s Policy for S&T, Industrial / Economic Development in Nigeria.

Against this backdrop, as a demand by the intellectual property law which creates propriety rights over intangible assets, before further dissection of the address, this writer directs every credit to Oragwu as the greater paragraphs/ plot of this writing is chiefly from the aforementioned keynote address.

However, with this alighted, it needs be underlined also that sharing this priced information is predicated on informing those in the position of authority to such an existing road map which is part of my obligation as a citizen.

Beginning with the historical perspective of what set the groundwork for the present predicament science and technology suffers in the country, the keynote address pointed out how Lord Fredrick Lugard, the first Nigeria’s Governor General, 1914-1918, in his Book titled “The Dual Mandate of Europe in Tropical Africa,” 4th Edition, London, 1929, enunciated the S&T Policy for economic development in Nigeria on what he called a “Mutual Agreement “said to be existing between “Britain and the Colonized Nigeria”.

In this so called “Agreement”,  Nigeria is to export or supply Britain with primary Agricultural Commodities such as Cocoa, Palm Oil / Palm Kernel, Rubber, Cotton, livestock hides and skins which Britain required for her once famous Textile Industry and her Leather and Leather products industry, and to supply Britain with unprocessed Natural Minerals (solid, liquid and gaseous), which Nigeria has in abundance and which are of interest to Britain for the production and manufacture of Technologies and  Industrial goods in British Economy. Britain on her part is to “provide or export at costs to Nigeria, all the modern technologies and industrial goods that Nigeria needs to sustain her own economic growth and development”. Lord Lugard further stated in his Book that that was the prime objective of British Colonization of Nigeria.

‘With this Dual Policy a balance of Trade between Nigeria and Britain was established. This Policy means in effect that Nigeria should not develop any domestic capacity to produce and manufacture modern Technologies and globally competitive industrial goods in Nigeria’s Economy during the British Colonial Rule as that could undermine or compromise the “Mutual Agreement”.  This is when the Rain of underdevelopment in Science and Technology began to beat Nigeria, apologies to Chinua Achebe, Nigeria’s internationally acknowledged Novelist, of “Things Fall Apart”.

This Lugard’s  Policy, he added, is recently alluded to in an Article discussing “Infrastructure and Africa’s Development and Prosperity: The Imperative of Public Private Partnership (PPP)”, held in Abuja, Nigeria, on May, 15-16, 2017, by one Engr. Chidi K. C. Ijuwa, of the Presidency, Abuja, Nigeria, who made the following interesting observations, namely, (a) “the price of Cocoa is declining in the World Market but never the price of Chocolates, (b) “the price of Cotton may fall but never the price of clothes and garments, and (c) “the Coffee farmers may face declining prices in the World market, but the Coffee grinders and Starbucks will smile all the way to the Banks”.

To make assurance doubly sure that the “Dual Mandate”was fully implemented, Britain he noted, established only one University College, at Ibadan in 1948, coupled it with the Senate of the University of London. The University College was not allowed to offer Courses in Engineering, Technology and Professional Courses but allowed  full complement of Courses in Latin and Greek (Classics), English History, Zoology, Botany, Geography, Organic Chemistry (initially no Physical Chemistry), Classical Physics, Agricultural Commodity Sciences, Mathematics (of 19th Century, G. Hardy of Cambridge University School of Mathematics who swore never to be alive to see his Mathematics applied), and Divinity respectively from 1948-1960.  Britain also made sure that during the British Colonial Rule, there were no Polytechnics, no Colleges of Technology and no Technical Colleges to train and develop skilled technical and professional manpower for technology and industrial goods production in Nigeria’s economy as that may breech the “Dual Mandate”. There were also no Research and Development (R&D) Institutions for technology production and industrial goods manufacture in Nigeria’s Colonial economy. Have Nigeria’s Leadership Elite ever asked Questions on these developments since 1960?

However, primary Agricultural Scientific Research Institutions, the address submitted were established for British West Africa including Nigeria such as West Africa Cocoa Research Institute with headquarters in Accra, Ghana , West Africa Oil Palm Research Institute with headquarters in Benin Nigeria, West Africa Trypanosomiasis Research Institute to address tse- tse fly menace against Cattle livestock, the source of raw hides and skins for leather and leather products industries in Britain, Earlier in 1899 Britain established an Agricultural Experimental Scientific Research Station at Moor Station in Ibadan to experiment on primary Cotton production in Southern Nigeria. Kano in Northern Nigeria produced abundant primary Cotton but there were no Roads and no Railways then for use in transporting the raw Cotton produce to Lagos Sea Port for onward shipment to Britain and Europe.