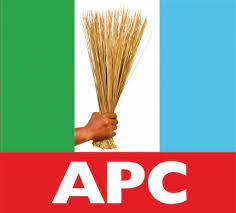 The six governorship aspirants contesting for the ticket of Adamawa state All Progressive Congress APC has rejected consensus insisting on delegates to cast their votes.

Our correspondent gathered that delegates were rejecting local currency ( naira) insisting on foreign currencies due the revalued of naira.

At 4 : 32 pm there was no evidence that the voting will commence before 8 pm, as only delegates were milling around with no contestants seen around the venue.

Our reporter gathered through some delegates that don’t want their names in print that they were offered between  one million naira to one million two hundred thousand naira per delegate by some aspirants.

A meeting of four governorship aspirants from Adamawa central zone mallam Nuhu Ribadu, senator Aisha Binani, Theman Wafari and Umar Mustapha ,to produced a consensus candidate that will face Muhammadu Bindow and Abdullazard Namdas at the primaries ended in deadlock.