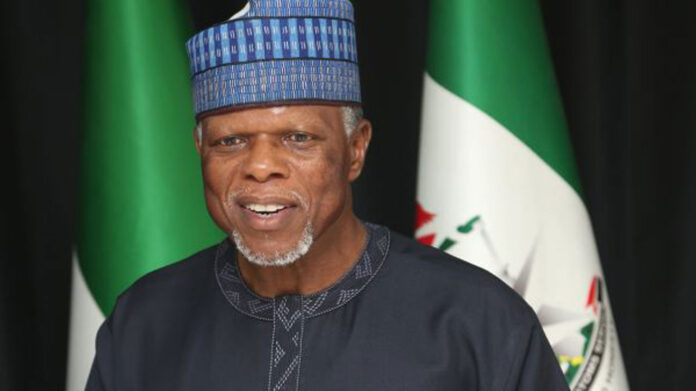 The Federal Government implemented the border closure policy to send a message to Nigeria’s neighbouring countries.

The Comptroller-General of the Nigeria Customs Service (NCS), retired Col. Hameed Ali, made the disclosure in Abuja on Sunday.

He was speaking at a special interview session at the headquarters of the News Agency of Nigeria (NAN).

Ali explained that the closure of borders was not meant to be permanent but that it was carried out to send a strong message to neighbouring countries.

He said that in the past, neighbouring countries did not honour or adhere to protocols and Memorandum of Understanding (MoU), signed on border management.

“We just set up a joint border patrol. It is an offshoot of the joint border drill, which was the operation we launched to close our borders.

“The intention was not to close our borders perpetually. It was to send a message to our meighbours that they cannot continue to go against the protocols that are established and acceded to.

“When we abide by certain protocols on movement of goods across our borders, we discovered that those rules are no longer adhered to by our neighbours.

“We made multiple advances. We have reached across, we have signed papers in terms of MoU but none of them worked.

“So we are left with no option than to close our borders and send a message.

“We developed joint border drill to effectively close the borders and manned it and we now had to look at it that we cannot continue to close our borders so what do we do?

“We reopened it and we are now working with our neighbours — our counterparts in Niger Republic and Benin Republic.

“We have to come up with a concept that now gives us the chance to monitor and manage our borders without closing the exits and entrances, so that is how we came up with joint border patrol.”

Ali said that every country involved in the arrangement established its own but that there had been synergy so far among the operators of the joint border patrol.

According to him, officers and men involved in the patrol often share information with one another for effective management of borders.

“If there are movements of illicit persons or goods, they communicate from that end to our end, so also do we do. We share intelligence and information.

“We have also exchanged the list of prohibited items, like those Benin Republic does not want in its country. We make sure we block them here before they cross.

“Also from the other side, there are things we don’t want to see in Nigeria. For instance, poultry products are still prohibited to be imported into the country.

“We are working with coordinators of the joint border patrol. We have created that synergy. The agreement is that on monthly basis, we will continue to get reports on how things are unfolding.

“On daily basis, there will be interaction between them and it is our hope that this will help in reducing the influx of illicit items in or out of Nigeria.

“We have established that and it has started working and we hope that will be the magic in terms of managing our borders.”

The customs boss expressed his optimism that by the time e-customs is unveiled, the NCS will deploy necessary technology to verify goods coming into or going out of Nigeria.

He noted that the technology would also help the NCS to tackle the menace of smuggling.

In a related development, The Comptroller-General of the Nigeria Customs Service (NCS), retired Col. Hameed Ali, says the Nigerian judiciary is a critical element in the fight against corruption.

Speaking at the News Agency of Nigeria (NAN) forum in Abuja on Sunday, Ali noted that enforcement of relevant rules and regulations was also critical in the fight.

“For corruption to be fought to a standstill in the country, there are components that must work effectively.’’

He noted that without effective judicial support in the anti- corruption fight, no matter how well a case was investigated, such a case would die.

The customs boss, however, lamented that at the moment, most politically exposed cases were still pending in courts after several years.

Ali said that President Muhammadu Buhari had the zeal and commitment to fight corruption but that he had faced severe challenges with the system.

NPA promises to ameliorate operational challenges at all bonded terminal