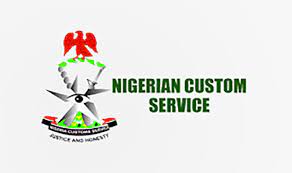 The Nigeria Customs Service seized 33,390 litres of petrol on the Badagry waterways in Lagos State on Dec. 8.

The assertion was made on Sunday in Badagry in a statement issued by its spokesman, Mr Hussain Abdulahi.

He quoted Mr Bello Jibo, Comptroller, Customs Area Command at Seme Border Area as saying that the seizure had a Duty Paid Value (DPV) of N8,808,280.

Jibo said with Wednesday’s seizure, the Command had seized 930,140 litres of petrol; about 28 tanker-loads of 33,000 litres each from January to date.

He explained that the seizures were contained in 31,000 jerry cans of 30 litres of petrol each.

He added that the Command’s surveillance and patrols in creeks and beaches in Badagry and its environs on Wednesday led to the seizure of 1,113 jerry cans of petrol of 30 litres each, equivalent to 33,390 litres.

Jibo described the seizure as unprecedented in the history of the Seme Command of the Nigeria Customs Service and reiterated the commitment of the officers to continue to make smuggling unattractive.

He stressed that the command would not succumb to blackmail by economic saboteurs who believed that they could succeed in carrying out their nefarious activities by spreading falsehood about the Command.