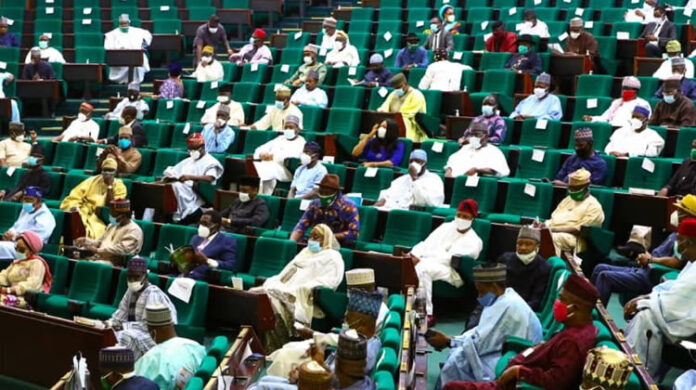 The House of Representatives Ad-hoc Committee on the Volume of Fuel Consumed Daily in the Country on Tuesday summoned the Governor of Central Bank of Nigeria Godwin Emefiele, the Group Managing Director of Nigeria National Petroleum Corporation NNPC Mele Kyari, Permanent Secretary of Ministry of Petroleum Resources and chief executive officers of some government agencies due to their non-apperance at an investigative hearing on fuel subsidy.

Other government agencies CEOs that may be sanctioned by the Committee are those of Federal Inland Revenue Service FIRS, Petroleum Technology Development Fund PTDF, Pipeline Products Marketing Company PPMC, and theAccountant-General of the Federation

Chairman of the House probe panel Hon.Sa’ad Abdulkadir issued the summon at an investigative hearing of the Committee probing the volume of petroleum products daily sales by oil markers in Nigeria.

He said that the House on January 27, 2022 debated a motion titled ‘Need to to investigate the the Actual volume of Premium Motor Spirit PMS in Nigeria’ and subsequently resolved to set up the Committee to investigate it.

He added that the Committee will not restrict its findings to the records of the Nigerian National Petroleum Corporation NNPC but would liase with experts, transport workers and other stakeholders to determine the actual volume of petroleum products consumed daily in Nigeria.

Earlier in a speech while declaring the hearing open,the Speaker of the House Hon Femi Gbajabiamila had expressed displeasure over the non-apperance of most of the chief executive officers of the invited government agencies at the hearing.

Represented by the Deputy Leader of the House, Hon.Peter Akapatason, he said that any excuse given to the committee by an invited agancies is not acceptable.

He said: “The absence of these invited agencies chief executive officers is an attempt to sabotage the efforts of the Ad-hoc Committee on this investigation.

“If there is any need to sanction any organisation that is not here, the chairman should make it known to the House”.

Following this observation, a member of the probe panel, Hon Aniekan Umana (Akwa-Ibom’PDP) immediately moved a motion that the investigative hearing be suspended until the invited officials appear

The motion was seconded by Hon.Uchechuwkwu Nnam Obi (Rivers, PDP) who said that the House Ad-hoc Committee should stand down the hearing for them to appear.

Another lawmker in the Committee  Hon.Oluwole Oke(Osun, PDP) immediately moved out of the hearing rejecting the representation of these heads of agencies by their subordinate officers.

However, in an interventionist counter motion Hon.Solomon Maren (Platueu,PDP) said that the Committee should consider the man hour to be lost by the committee if it adjourns abruptly

Consequently the Committee Chairman and a few other members grilled the Executive Director of the Nigeria Downstream and Midstream Development Authority Mr Ogbugo Ukoha on the actual figures of daily petroleum products consumed nationwide and other invited agencies.