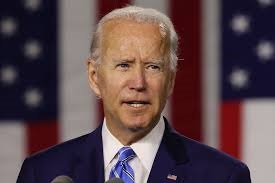 Immediately after taking office , U.S. President-elect Joe Biden, will send an immigration reform bill to Congress that include an eight-year pathway to citizenship for illegal immigrants, reports say.

According to the Washington Post, the proposal will put millions of eligible immigrants in a temporary status for five years.

Afterwards, they can then get a green card upon meeting certain requirements, including background checks and payment of taxes.

To qualify, immigrants must have been in the U.S. without legal status as of Jan. 1, a proviso meant to prevent a rush to the country’s border by opportunists, the paper reported.

Under the impending bill, beneficiaries of the Deferred Action for Childhood Arrivals and the temporary protected status programme for migrants from disaster-ravaged nations could apply for a green card immediately.

It also sought to expand admissions for refugees into the country, along with a border security plan that emphasised the use of technology as against the Trump administration’s border wall enforcement.

With Biden’s Democratic Party holding a narrow majority in both chambers of Congress, the support of Republicans would be needed to secure the required two-third majority votes for the bill to sail through.(NAN)