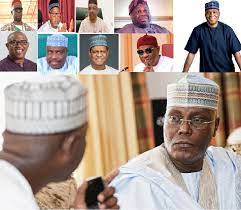 Following some challenges encountered by the Peoples Democratic Party (PDP) in Katsina State, its gubernatorial primary scheduled for Wednesday picked up this Thursday simultaneously with that of the ruling All Progressives Congress (APC) in the state capital.

Addressing journalists in Katsina, the chairman of the electoral committee assigned by the National Working Committee of the PDP to conduct its governorship primary, Chika Nwaozuzu, brushed off lightly concerns about the late commencement of the exercise and assured that the panel, security agencies, INEC and the party’s four governorship aspirants had sorted out the circumstances that caused the delay.

He declared: “Katsina PDP, whether anybody likes it or not, had been known for peaceful conduct of elections and thus will not be an exception.”

Nwaozuzu also noted that none of the stakeholders in the primary had any descanting voice about the modalities for the primary.

Investigations revealed that the screening and accreditation of the state delegates for the governorship primaries of both APC and PDP were being carried out smoothly ahead of their voting process as at the time of this report.

The entrance to the state PDP secretariat just as the venue of the of the APC’s primary, Katsina ultra modern stadium, were heavily manned by police and and other security agencies to ensure that only duly accredited delegates and observers were allowed into the arena.