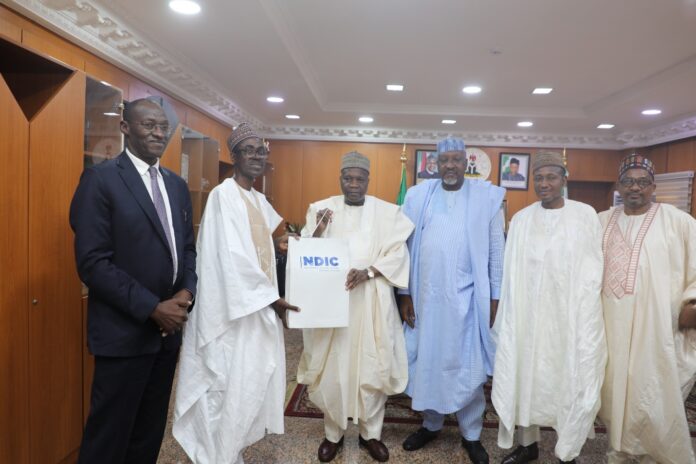 The Nigeria Deposit Insurance Corporation (NDIC) has assured that above 97per cent of bank depositors would be fully covered by the corporation in the event of any failure.

Managing Director/ Chief Executive Officer of NDIC, Hassan Bello while speaking in Gombe at the ongoing 2021 FICAN Workshop for Finance Correspondents and Business Editors, organized by the corporation, however, noted that the maximum coverage limit of N500, 000 and N200, 000 stipulated to pay customers of Deposit Money Banks (DMBs) and Microfinance Banks (MfBs) in liquidation are adequate and in line with the recommendation of the International Association of Deposit insurers (IADI).

He said the coverage limits are not designed to be static but subject to periodic reviews to ensure that they are consistent with the public policy objectives of the   Deposit   Insurance   System.

Making clarification on the recent criticism that the coverage limits are not only small but required an urgent upward review in order to engender stronger public confidence in the banking system, the NDIC boss maintained that the IADI Core Principle No. 8 on coverage limits specifically requires that the thresholds should be limited,   credible with the capacity to fully cover a substantial majority of bank depositors while the rest remain exposed to ensure market discipline.

“What these figures entail is that only less than three per cent of accounts/depositors are not fully covered by the prevailing coverage limits”.

The implication of this according to him, is that in the event of failure of a bank, “above 97 per cent of depositors would be fully covered by the Corporation,” he said.

From the foregoing statistics, he said it could be observed that the   Corporation’s deposit insurance coverage limits are not only adequate but robust enough to engender confidence in our banking system.

Speaking further, the NDIC boss maintained that the choice of the theme of this year’s workshop, “Enduring Extreme Disruptions: Resilience & Reinvention for Banking System Stability & Deposit Insurance” was timely.

He said, as economies across the globe continue to grapple with the devastating impact of the COVID-19 pandemic, it has become expedient and highly desirable, for supervisors to come up with appropriate strategies that are required to build resilience into our financial system as we seek to provide the much-needed support to the Federal Government’s economic recovery agenda.