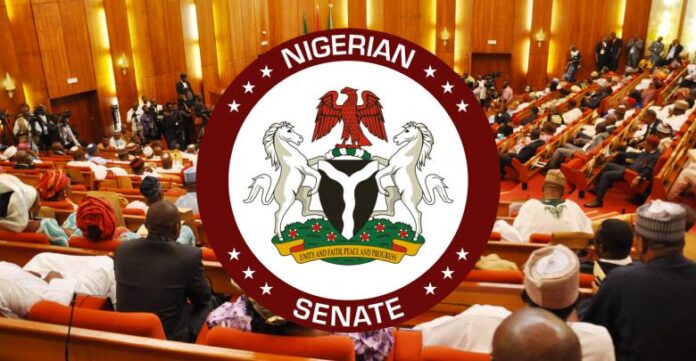 Senate Committee on Health on Tuesday rejected proposal by the Federal Ministry of Health to borrow $200 million to buy mosquito nets and Malaria medicine for 13 states across the country.

The Senators present at the budget defence of the Ministry of Health wondered how could the Ministry comes up with such proposal despite the N450 million provided in 2022 budget to tackle Malaria in the Ministry.

The Chairman of the Committee, Senator Ibrahim Oloriegbe who could not hide his displeasure with the development said that World Bank should not dictate to Nigeria where to buy the mosquito nets.

Senator Oloriegbe, said the idea of borrowing money from World Bank is “money and job for the boys” by somebody in Washington DC, adding that its consultancy services provided at the lower level of State and Local Government.

He asked, “they can’t borrow us the money and still tell us where to buy the mosquito nets , it is like it is job for the boys, this can be source locally.”

Trouble started when the Ministry told the lawmakers that $200 million will be borrowed for mosquito nets and Malaria medicine.

He noted that the $200 million was for importation and local production of mosquito nets adding that World Bank mandated Nigeria to buy it from specific producer.

Not satisfied by the defence of the Ministry, the Chairman demanded for all documents related to $200 million loan from world bank for the Malaria medicine and mosquito nets.

He added that , ” we known that we have challenges, but that does not mean we should borrow for Malaria medicine”

also, Senate Committee on Water Resources has identified over 400 Abandoned water projects across the country.

The Chairman of the Senate Committee on Water Resources, Senator Bello Mandiya who made this known while briefing newsmen after the budget defence by the Minister of Water Resources, Engr Suleiman Adamu said some of the Dams were cited where dams cannot even be constructed.

The Chairman explained that what the Ministry has done so far is to prioritize dams and so far, twenty dams have been identified which will be completed.

Mandiya said,” The Minister met about 400 water projects scattered all over the country. What he did was to prioritize because some dams were even cited where dams cannot be constructed .

“what he did was to prioritize and he has been able to complete some and decidee to do others, about 20 of them  from now till the end of his tenure. So, the Ministry is very clear about this .

The Minister while appearing before the Committee had lamented spate of abandoned dams across the country.

According to him, We have over 400 dams but many of them have no utilization down stream. Any body can come and invest in the dams.

The capital proposal under the main Ministry is about N78 billion while the Personnel cost is about N2 billion and Overheads of N278 million.

The agencies under the Ministry proposed capital budget of N62.1 billion while personnel is pegged at N7.2 billion and earnmarked N1 billion for overhead.

The Minister in his presentation told the Committee of their decision to create line item for Public Private Partnership in line with extant circular.

He said the Ministry is focusing on mobilizing private investment for infrastructures development.