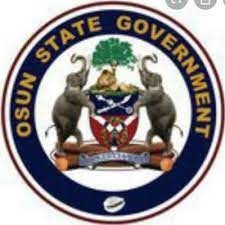 . we’ll not be part of the ‘illegality’– PDP
…no going back, our budget is 500m– OSIEC Chairman
Blessing Akorowosi, Osogbo
Following the announcement of the date of the Osun State Local Government elections as October 15, 2022 by the electoral body saddled with the responsibility of conducting the election, Osun State Independent Electoral Commission (OSIEC), more reactions have erupted.
Before the formal declaration, the Peoples Democratic Party in the state and the Governor-elect, Ademola Adeleke accused the electoral body of illegality and intentional waste of funds. They also called for the arrest of the OSIEC Chairman.
The PDP claimed that the decision was deliberate since they didn’t conduct the election until the All Progressives Congress (APC) lost at the July 16 governorship election.
The citizens have also questioned the source of the funds to be used since the OSIEC had earlier said paucity of funds had hindered the conduct of election before now hence the use of caretaker LG chairmen.
“What is the need of this election now when pension arrears are yet to be paid. The interest of the people should be considered and why is it now when they lost the election. I see desperation in the OSIEC chairman. They shouldn’t waste our resources and funds,” a concerned resident said.
The people have appealed that peace be given priority as tension was beginning to well up in their minds over the election process. In the interest of the people should be considered and why is it now when they lost the election.
On the other hand, some residents have commended the move as they had for long advocated for local government elections like other states as it is the closest to the grassroots.
Speaking, the Secretary, Legal Team of the Osun PDP, Kazeem Abioye on a broadcast live programme pointed out that they had earlier written to OSIEC in 2020 clamouring for LG election but the Commission said they will get back to them when they are ready.
Abioye stated that conducting the election is not a problem but the time and motive behind the conduct is the issue.
In his argument, the slated timeframe in the electoral act is not later than 360 days which according to him makes the present process illegal as the notice was short.
The PDP chieftain added that the process of OSSIEC is faulty and criminal, hence his party will not participate in the election.
“The OSIEC chairman is gravitating towards illegality and criminality.
The process of OSIEC is faulty and criminal, it is a concoction process. We are not saying they should not conduct elections but the notice is too short.
“We will not be part of the ‘illegality’ (election). The election will not hold. We have already filed our case in court, the IGP, EFCC have been involved in the case. Why is it coming after the declaration of Adeleke as the winner, the OSIEC is playing the piper of APC,” he stated.
The Osun APC, in its reaction stated that Governor Adegboyega Oyetola is still enjoying the protection of the constitution and as the subsisting governor of the state would not allow any irritant to dictate to him on how to run his government within the stipulated four-year pact that he signed with the people of the state.
The chairman of the party, Prince Gboyega Famodun, in a statement said the PDP should approach the court rather than threatening to bring down the government of Oyetola.
“The statutory security outfits should also be at alert to nip in the bud any plans of any individual or group of renegades whose intention is to promote chaos in the state,” he said.
As more eyebrows are raised, Former Chairman of the Nigerian Bar Association (NBA), Ilesa Branch, Bar. Kanmi Ajibola filed a contempt of court charge against the OSIEC Chairman and the Speaker of the State House of Assembly, Rt. Hon. Timothy Owoeye.
Ajibola posited that there are dire consequences in going ahead with the proposed October 15 polls knowing that the matter regarding the election is before the court of law.
He also cautioned Governor Oyetola against releasing funds to conduct LG election during the pendency of the case in court, noting that such action shall be considered unwise and criminal misappropriation of public funds.
While more reactions flowed on the reason why the commission is conducting the LG election in October, the OSIEC Chairman, Otunba Segun Oladitan has remained unwavering and firm with the decision of the electoral body.
He said that OSIEC is an independent organisation saddled with the task of conducting LG polls in Osun.
The chairman pointed the reason for the delay in the conduct of the election to Covid-19 and the EndSARS saga.
He said that about half a billion naira will be spent, adding that this time the presidential system will be employed to elect the LG chairmen and councillors.
On the issue of the timeframe notice, Oladitan said the 2022 electoral act stated not later than 360 days as notice for the conduct which he interpreted as it should not be more than 360 days.
“Let the court determine the interpretation of the act. I believe that we are on the right path.
“A lot of things have been put in place ahead. The adhoc staff will consist of civil servants, corp members, persons with disabilities and whoever is good for the task,” he stated.