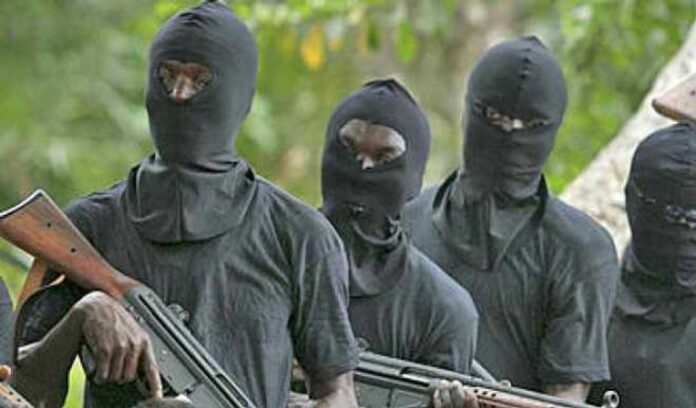 …….as President Mohammadu Buhari paid on spot assessment tour to the facility

Our correspondent reported that terrorists bombed the facility, setting free about 600 inmates, including 64 Boko Haram suspects in Kuje Custodial Centre.

A resident of Kuje, Ahmed Umar wondered how “terrorists were able to launch such a deadly  attack in the Federal Capital Territory for complete 3 hours unchallenged.

This is a clear case of conspiracy and heads must have to roll. There should be a panel of inquiry into the recent security breaches in the country’ he said.

Speaking on the incident, Minister of Defense, Bashir Magashi confirmed the Prison break which occurred at about 10:30pm on Tuesday.

The Minister said the attackers of Kuje Prison were Boko Haram members.

He confirmed that the prison accommodates about 994 inmates, over 600 escaped and over 300 inmates have been recaptured and brought back to the prison live,

“Maybe by the close of the day, more will have been captured and returned” he added.

In his words, “The attack started around 10:30pm. They came in their numbers gained entrance into the prison and they released some of the inmates and which we are now following to see the kind of inmates that they have released.

“The prison is accommodating about 994 inmates and over 600 escaped. Many people have been recaptured and brought back to the prison. Maybe by the close of the day, more will have been captured and returned.

“I think everything is under control. The people who came to do this activity, from the records, we believe they belong to a particular group. Most likely, they are Boko Haram members because we have sizeable number of Boko Haram suspects in detention, and presently we cannot locate any of them.

In a statement signed by the Corrections Public Relations Officer, PRO Umar Abubakar said as at 4pm on Wednesday over 400 escapees had so far been rearrested and brought back to Kuje Custody.

‘I wish to state that of 443 of the escapees have been recaptured, bringing the total number of inmates in the facility to 578’, he said.

The statement added that ‘three of the attackers were killed in the encounter while several others escaped with  bullet wounds’.

Corrections PRO also noted that personnel from other security agents were on ground during the incident.

He added that ‘During the gun battle, a personnel of the NSCDC unfortunately lost his life and three (3) officers of the Nigerian Correctional Service also sustained bullet injuries. Four (4) inmates lost their lives while 16

others sustained various degree of injuries’.

It is however apparent that the fortification around the facility was not adequate as the walls that the attackers broke through appeared weak.

Also the security architecture around the facility seemed to be over powered by the attackers.

The Controller-General of Corrections, Haliru Nababa therefore ordered immediate deployment of the e-Corrections Information Management System (e-CIMS) to track all fleeing inmates and return them to custody.

However, President Mohammadu Buhari who arrived the venue of the incident at exactly 3:44 and left 3:55 inspected the place without addressing the Press.

Over six hundred inmates escaped and a total of four hundred and forty four recaptured.

The Corrections statement further confirmed that DCP Abba Kyari and other VIPs did not escape from Kuje Custodial Centre.