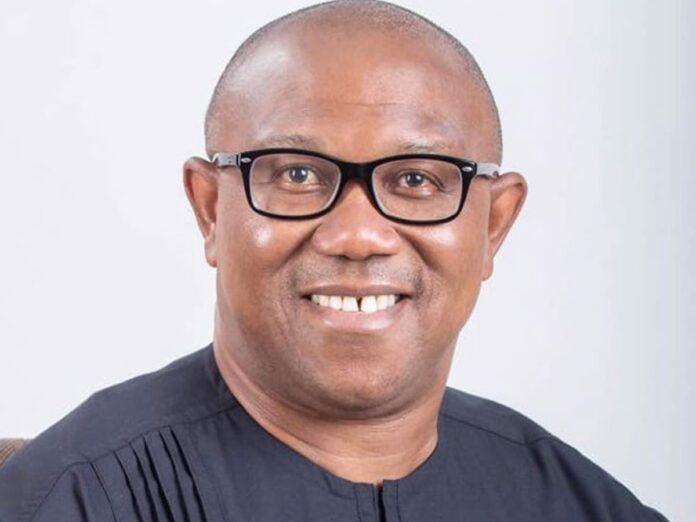 A chieftain of the People’s Democratic Party, PDP, Chief Chris Uba, weekend in Enugu, Enugu state, described former Governor of Anambra state, Mr. Peter Obi, as one of the stingiest persons he has ever met.

The venue of Uba’s verdict was the last PDP meeting at Enugu, which was hosted by the state Governor, His Excellency, Hon. Emeka Ugwuanyi.

Not impressed by the quality of champagne presented to them by the host, Chief Uba, in the presence of Obi said jokingly that the meeting
deserved better champagne and wine and not the type Obi served them when he was Governor.

Chris Uba then recounted one of his encounters with Obi at Government House as Governor.

He said, “Obi usually served guests with champagne, ‘Obele ego’ and the quality of wine meant for students and when anybody complained, he would say that Government House was not a bar or restaurant”.

Continuing Uba said: “The worst is that when one complained too much, he would start fondling with his calculator, telling one how many schools and hospitals the money saved from buying costly drinks would help in re-building”.

After throaty laughter by the host and others around, the host said he noted his observations, while insisting that Governments that did not cut  costs would not achieve much.

Meanwhile, he assured him, tongue in cheek, that more drinks would come.

“Obi is not stingy, but manages resources very well by curtailing all manner of waste, extravagance, and inappropriate use of state resources.

He deserves an award and should be held out for emulation rather than being made a butt for lunch jollity,” Uzodike said.

Continuing he concludes: “If not for his parsimony which some people mistake for stinginess, would he have ended up as a governor who did more than others in terms of Infrastructure without borrowing a dime, but instead left over 75 billion Naira for his successor?”

Chief Uzodike expressed happiness that Obi and Uba were together sharing jokes.

According to him, “it is a sign of conviviality among the PDP big wigs and portents a good omen for the forth-coming election”,